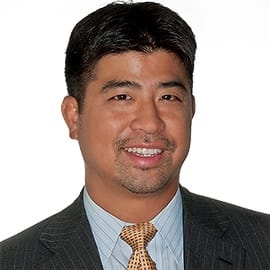 Shiu 100% wrote that positive review. So let's see. Alexander Lycoyannis suborned Shiu's perjury. Asked when he knew we'd left he replied "ummm, December?" As if there weren't 100 emails negotiating the departure for 9/15 and then 10/1. He broke each agreement. It's all in writing. I would seriously worry about legal repercussions if he hadn't put it all in writing first.

He came in promising to make repairs. Blah blah. He redid the second floor w/o work permits by a "crew" that didn't speak English. In summer, bugs swarmed regularly, he agreed to deal w/ it in writing, but ALWAYS hac some issue with hiring an exterminator. He was the king of stalling. He didn't believe in repairs. When the boiler broke, it'd be 9 or 10 days before we'd have hot water again. Plumber told him 1st time that the heater needed to be replaced went out, he would wait for the cheapest guy and didn't mind if the guy didn't have time that week. We were his ATM machines. Nothing more. We were not evicted. We left. Our attorney was not as good as his. Shiu committed PERJURY in his 3rd question on the stand, see transcript. Nailed! Our lawyer still pushed to settle. We agreed for some reason. He's a perjurer, a man who took 2700 (in cash most months) and didn't follow a single LL/T law, lied to HPD abt the 18 violations. He should be in jail.

I guess there was nothing he could really do about the nasty neighbors downstairs. I know he eventually evicted them, but they did make living there a nightmare at times.

We had severe insect problems and Mr. Shiu would either stall on sending an exterminator (which our old landlord did on the 1st of every month) or not send one at all. The apartment was not heated properly (during the cold months it was extremely rare for the apartment to be at a lawful temperature and Mr. Shiu did NOTHING to fix the problem, at one point writing that there was nothing he could do to solve the issue. When my wife and I finally left (after a month of negotiations and 17 violations being filed with the city) despite knowing that we were leaving, he negotiated in bad faith (claiming he "forgot" the conversation where we'd had an agreement) and committed perjury in court, claiming that he didn't know we had left until November when everything he'd written said otherwise. Our evidence was admitted and he then accepted the deal that the judge proposed which was unacceptable to me but was what my wife wanted.